This is a sample module published to the sidebar_bottom position, using the -sidebar module class suffix. There is also a sidebar_top position below the search.
Fall 2018 News

Nominations are open for the 2nd annual NWT Mining and Exploration (MAX) Awards. The awards are a partnership of the Government of the Northwest Territories and the NWT & Nunavut Chamber of Mines.

The nominations deadline is October 1, 2018. Nominations can be submitted through the GNWT Department of Industry, Tourism and Investment’s MAX Awards Nomination Portal or at the Chamber of Mines office in Yellowknife. The awards will be presented November 22 during the 46th Annual Yellowknife Geoscience Forum.

“The MAX awards recognize northern individuals, businesses, and organizations that have generated opportunities and demonstrated leadership in responsible and successful resource development,” said Tom Hoefer, Executive Director, NWT & Nunavut Chamber of Mines.
“As a result of their vision, their skill, and their perseverance and dedication, we have a world-class industry which includes jobs and business benefits, training opportunities, Indigenous participation, and public and government engagement, all of which adds to the well-being of the Northwest Territories,” he added.

The 2018 MAX awards nominations process was launched during NWT Mining Week. This is the first year for formal nominations. 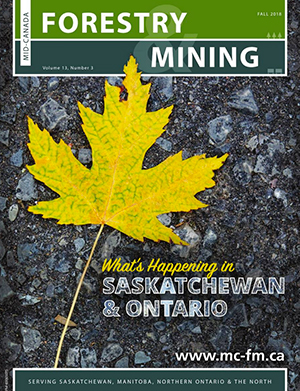