On February 21, Agnico Eagle Mines (TSX: AEM) celebrated a milestone at its Meliadine gold project, with an inaugural gold pour! This first brick signals AEM’s newest mine is close to start of commercial production. For northern employees and communities that surround the remote mining site in the Kivalliq region of Nunavut, the celebration marks the culmination of a journey that began over 12 years ago and turns hopes for increased economic and social prosperity in Canada’s North into a reality, the company said.

The high-grade Meliadine gold project has 3.7 million ounces of gold in proven and probable reserves (16.1 million tonnes at 7.12 g/t) and a large mineral resource as of December 31, 2017. Reserves are contained in the Tiriganiaq and Wesmeg deposits, and resources in Tiriganiaq, Wesmeg plus another five nearby deposits within a large land package covering an 80-km-long greenstone belt. The 111,358-hectare property is located near the western shore of Hudson Bay in the Kivalliq region of Nunavut, about 25 km north of Rankin Inlet and 290 km southeast of the company’s Meadowbank mine.

Amaruq, Agnico Eagle’s other new Nunavut project, is expected to begin production later this year. Ore will be trucked 64 km. southeast over a company-built road to the Meadowbank mine for processing.

Agnico Eagle’s Q4 2018 report confirmed Meliadine is ahead of schedule and under budget with production now expected early in Q2 2019 (compared to previous guidance of late in the second quarter of 2019). Open pit mining had commenced at Amaruq at the Whale Tail pit, commissioning of the long-haul truck fleet was underway, and production was on track for start-up in Q3 2019. 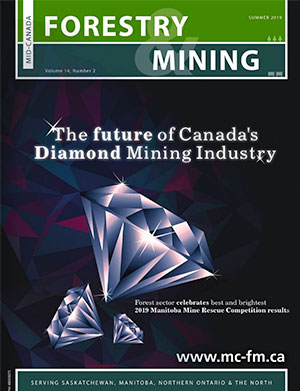