This is a sample module published to the sidebar_bottom position, using the -sidebar module class suffix. There is also a sidebar_top position below the search.
Winter 2020

Natural Resources Canada (NRCAN) has announced that more than $68 million dollars in funding will go toward the fight and prevention of the mountain pine beetle, an insect that preys on pine trees in British Colombia and Alberta.

According to an October news release, the funding includes $60 million to the Government of Alberta for forest management and research; $6.9 million to Parks Canada to mitigate mountain pine beetle impacts, including wildfire risks in the Rocky Mountain National Parks; and $1.5 million to NRCAN to enhance its core research program.

The funding will address the challenges posed by the spread of the insect, known to be one of the most damaging pests in the Canadian west. In recent years, the mountain pine beetle has slowly moved east to decimate more pine, and a study conducted by the University Alberta has indicated the beetle has the potential to migrate farther in the future.

Since 2010, NRCAN has invested $12.9 million in mountain pine beetle-related research in Alberta. The October news release states that the goal is to protect the forest sector and its surrounding communities, as well as slow the eastward spread of the insect.

The Honourable Seamus O’Regan, Canada’s Minister of Natural Resources, stated: “We want our forests to remain healthy for generations to come. Protecting Canada from the mountain pine beetle protects our forest sector, our wildlife habitat and our water quality, and it helps mitigate the effects of climate change.” 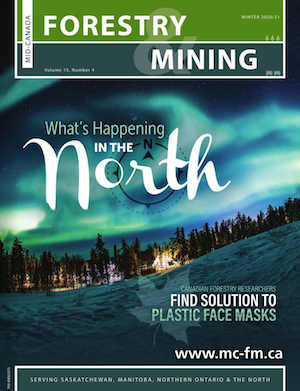