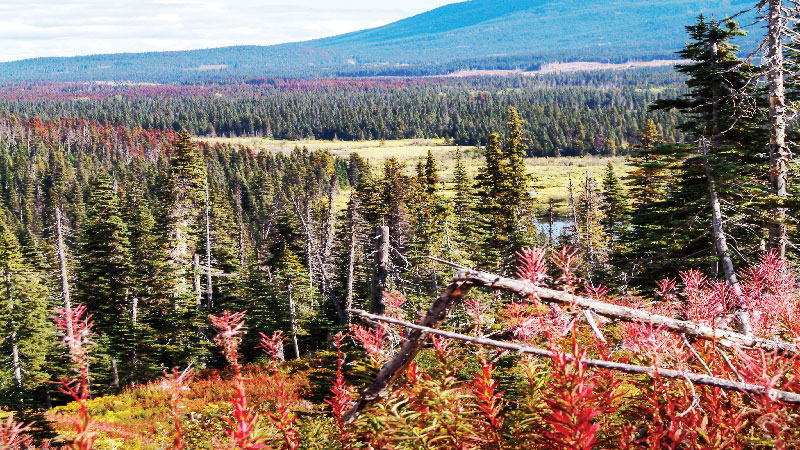 , an insect that has been a menace to the pine supply in BC since the early 1990s, may migrate to the east in the upcoming years.

Graduate student Kelsey Jones led a study that examined the relationship between host colonization success by female mountain pine beetles and the distance travelled to find their new homes, according to the university’s journalism site Folio.

“It is hard to predict the continued invasion by the mountain pine beetle using information from this study alone,” said Jones. “However, our work does indicate that beetles which fly for long distances can still call in many fellow beetles to mass attack trees. This indicates that, as beetles move farther eastward and forest stands become thinner, they will likely still have the capacity to colonize hosts.”

The study, which summarized the variation in pheromone production amongst female beetles that have travelled farther, was published in the Journal of Experimental Biology earlier this year.

Since the 19990s, the mountain pine beetle has consumed more than 18 million hectares of forest from BC to Alberta.

Under the right conditions, the mountain pine beetle is a healthy part of a forest’s ecosystem, but a dangerous pattern has caused the beetle to attack healthy trees en masse – the recent unusually warm winters, forest fire suppression, transport of firewood, and large, dense stands of mature lodgepole pine have allowed the mountain pine beetle population to explode. The Canadian Wildlife Foundation states that, in these circumstances, the mass of mountain pine beetles will attack a large proportion of the pine trees, healthy or not. The forest requires natural management to subdue the beetles before they have a chance to thrive.

One of these natural techniques is the Canadian winter. Many insect populations are slowed and reduced by a frigid environment, but the weather must fall to a certain temperature to be effective.

“The mountain pine beetle is very cold resistant, as it develops a kind of antifreeze in its body when the winter temperatures decline,” the Canadian Wildlife Foundation states. “The temperature has to persist at -40oC over several days in order to kill enough beetles to affect populations.”

However, as the global climate has warmed, the threat of the mountain pine beetle spreading across Canada has become more plausible. The beetles
may be able to move east, into Saskatchewan and other provinces. In July 2020, Global News even reported that forestry crews are ‘on alert’ for the beetle in Saskatchewan.

“The threat level is always elevated. We’re always on alert,” said Rory McIntosh, a forest insect and disease expert for the province. “The mountain pine beetle is extremely explosive in the way it can outbreak.”

The article stated that mountain pine beetles have been in the Cypress Hills for years, but have yet to be found in northern Saskatchewan. The Saskatchewan border, however, is less than 100 km away from Cypress Hills, and NRCAN states the possibility of long-distance dispersal (greater than 100 km) under favourable weather conditions is well-documented.

Alberta and Saskatchewan both have put funding toward fighting the mountain pine beetle. Alberta takes a scorched-earth approach. In a CBC article, Alberta biologist Janice Cooke stated, “The province surveys for beetle-attacked trees in the autumn, creates maps and sends crews in the winter who fall them on the spot and burn them to kill all the larvae.”

In this way, workers are fighting fire with fire. The more dead trees caused by mountain pine beetles, the more likely a forest fire can run through the dry fuel left in their wake.

In a June CBC interview, Chris Stockdale, a fire research scientist with the Northern Forestry Centre at NRCAN, said wildfires spread slightly faster in forests where the mountain pine beetle has laid an area to waste.

However, there is still much we don’t know about the insect or the way it impacts the forest. The largest gaps in the research relate to questions about the future.

Stockdale adds: “It’s really unclear at this stage, because we’ve never seen something at this scale, what the long-term effects are going to be on this ecosystem.”

The 2019–2020 Albertan winter saw a cold that killed a significant amount of mountain pine beetle. In an interview with The Homestretch, Janice Cooke stated, “We are seeing patches where we see better than 95% death, so less than 5% are living in these areas.”

Despite this, the most biologists can hope for is species management, not complete eradication. 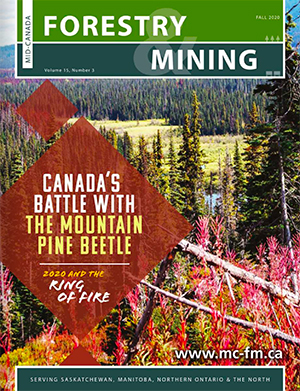