The Mining Association of Canada (MAC) has announced that Gordon Stothart, Executive VP and Chief Operating Officer for IAMGOLD, has been elected Chair of MAC for the next two-year term. Stothart replaces Anne Marie Toutant, Vice President, Fort Hill Operation, Suncor Energy Inc., who served as Chair from June 2017 to June 2019.

Stothart brings over 30 years of industry experience to his new role. He has been COO at IAMGOLD for the past 11 years. Prior to IAMGOLD, Gordon worked for over 20 years in the Noranda/ Falconbridge Ltd./Xstrata organizations in a number of operations, projects, and roles in Canada, Peru, and Chile. 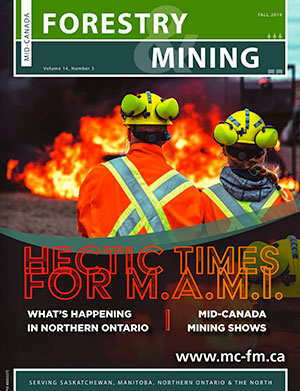